After completing my work on “All Musical Numbers In The Disney Renaissance” (2016), I noticed there was a underlying musical pattern between certain songs throughout varying Disney animated films theatrically published between the years of 1989-1999; where many songs would have powerful climactic endings. I wanted to see if this pattern continued – well before, or after the ‘Renaissance’ period.

And here we are.
These are the ‘Major Ones’; and so far there seems to be more of these than any other.

!WARNING!: The video gets incredibly loud. Turn it down a notch – or blast your speakers away (it’s entirely up to you).

This work revolves around the investigation into the different melodious algorithms used in Walt Disney Animation Studios animated musical numbers, and whether or not there is a pattern of similarities between them. In the exploration, I managed to hear three consistent forms of auditory arrangements: musical numbers that carried major endings, more quieter endings, and ones with more abrupt endings.

This is a work in progress – therefore not all songs/examples have yet to be fully added. 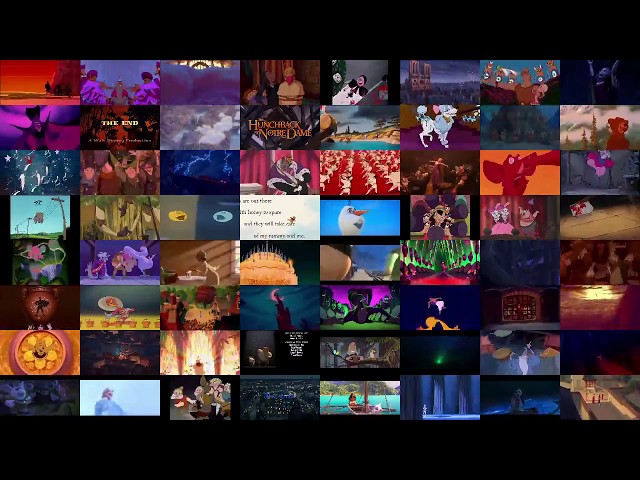 Frozen 2 | Behind The Music

Do You Give Fair Attention To Your Child? Watch and Learn | 3D Animation | Lesson's Learn Story

Live at the Frozen 2 World Premiere – Presented by Columbia