BTS roared to the top of the Billboard Hot 100 singles, becoming the first K-pop act to achieve that feat.
The chart combines U.S. streaming, radio airplay and sales data.
Kim Bo-kyoung has the full story.

Global superstars BTS have made K-pop history yet again,… as the first South Korean artists to top the Billboard Hot 100 chart.
Billboard announced on Monday that BTS held the top spot on the Billboard Hot 100 with their new song “Dynamite” — their first all-English-language single.
This is the first time a South Korean artist has topped the chart.
South Korean singer PSY came close in 2012 with his viral hit “Gangnam Style” spending seven weeks in a row at No. 2 without managing to take that top spot.
BTS have also been on the Hot 100 chart previously, reaching No. 4 with “ON” in February, as well as ranking 8th with the song “Boy With Luv” featuring American singer Halsey, and 10th with “FAKE LOVE”.
Now with “Dynamite”, the group have finally reached the summit of the Hot 100.
They also become the first South Korean artists to have topped both the Hot 100 and the Billboard 200, having reached No. 1 in the album chart four times since 2018.
One culture critic says topping the Billboard Hot 100 is even bigger than the group’s previous U.S. chart achievements.

Both Big Hit Entertainment and BTS thanked their ‘ARMY’ fans saying that they are ones BTS love and are most thankful for.
The culture critic says along with “Dynamite” being all-English, its positive, hopeful lyrics helped it become a big hit.

“BTS’s achievement has raised K-pop’s status and thanks to this, other K-pop artists will be able to show their talents in the global music market. I believe the nation’s brand has also improved.”

BTS’s achievement was praised by foreign media such as Forbes,… which said that BTS has crossed the final frontier of global pop superstardom.
Even President Moon Jae-in congratulated the group on his Facebook page saying it is a great achievement.
Kim Bo-kyoung, Arirang News. 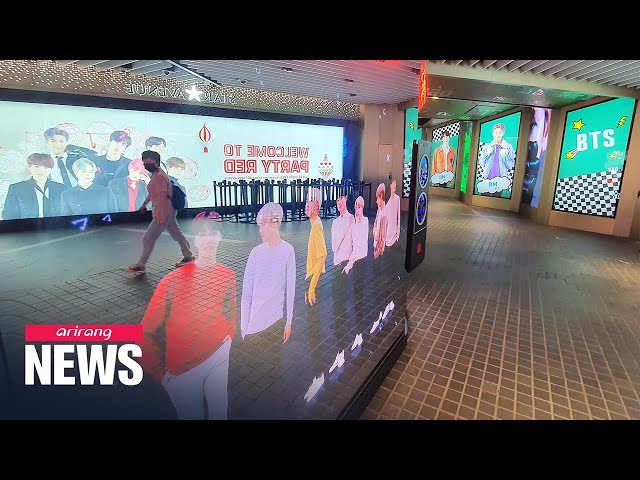